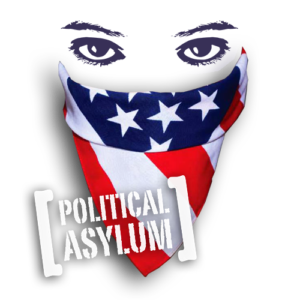 It is helpful understand the basics of asylum law before applying for asylum. The following information will provide you with a basic understanding of political asylum, and help clear up some of the misinformation you may have heard about the asylum process.

In order to be eligible for asylum, an asylum applicant must meet the definition of a “refugee” as defined in the Immigration and Nationality Act (INA). The INA defines a “refugee” as:
“Any person who is outside any country of such person’s nationality or, in the case of a person having no nationality, is outside any country in which such person habitually resided, and who is unable or unwilling to avail himself or herself of the protection of that country because of persecution or a well-founded fear of persecution on account of race, religion, nationality, membership in a particular social group, or political opinion.”

An asylum claim must be based upon a well-founded fear of persecution based on either 1) past persecution the applicant suffered, or 2) a risk of future persecution if the applicant is returned to the country of origin on account of his/her race, religion, nationality, membership in a particular social group, or political opinion. The persecutor must be the government or a group or individual that the government is unwilling or unable to control.

An asylum applicant bears the burden of proof of establishing that he/she falls qualifies as a “refugee.” The asylum applicant is required to testify under oath regarding the truth of his/her application in order to meet this burden of proof. The Board of Immigration Appeals requires the introduction of corroborative supporting testimonial and documentary evidence, where this evidence is reasonably available. Testimony, however, can be sufficient to sustain the applicant’s burden of proof, if this testimony is credible. A grant of asylum always depends upon the respondent’s ability to show that a reasonable person in his/her circumstances would fear returning to his/her country of origin. However, all supporting evidence that an adjudicator may think is relevant and material in support of your claim of asylum must be provided. If such reasonably evidence is not provided in support of an asylum application, its absence may be excused if the applicant can demonstrate that he/she took every effort to obtain this evidence but was unsuccessful, or by providing a reasonable explanation as to why this information is not available. An experienced attorney will help you gather and prepare this evidence for submission.

Asylees are different from refugees in that asylees are seeking protection from deportation after having entered the United States, either legally or illegally; in other words, an asylee is present in the United States at the time he/she is seeking asylum relief, while a refugee is not present in the United States while they have a pending asylum application. Asylum applicants who can demonstrate a credible fear of returning to their home country due to past persecution based on any of the five protected grounds, or those who can demonstrate a well-founded fear of future persecution, may receive status in the United States. However, whether or not asylum will be granted is ultimately the decision of the asylum officer, adjudicator, or judge who is reviewing your application and handling your case.

Applicants have exactly one year from their time of arrival in the United States to file an asylum application. Failure to file within one year of entry into the U.S. may preclude the applicant from being eligible for asylum relief. Asylum ineligibility that occurs as a result of filing after this one-year deadline is often referred to as the “one-year bar.” However, if you miss this filing deadline, you might still be eligible for asylum, if you qualify for one of the exceptions to the one-year bar. These exceptions to the one-year bar include changed circumstances, a change in country conditions in the applicant’s country of origin, and extraordinary circumstances beyond the asylum applicant’s control. For example, if a person has been in the United States for several years, and conditions in a person’s home country suddenly change, making it too dangerous to return to his/her country of origin, this change in the person’s home country may provide an exception for not filing an asylum application within a year of entering the U.S. “Extraordinary circumstances” might also provide an exception to the one-year filing bar, where a circumstance – such as a serious illness or ineffective assistance of counsel (when a prior attorney mishandled your case) – prevented an asylum applicant from timely filing within one year of arriving in the U.S. An applicant must still typically file within a “reasonable amount of time” from the occurrence of these events, thus it is important to speak to an attorney as soon as possible if you fear returning to your country of origin.

In the immigration context, courts have defined persecution as “a threat to life or freedom on account of race, religion, nationality, political opinion or membership of a particular social group is always persecution.” While “persecution” is usually considered a physical threat or harm, it can also be a nonphysical, emotional, or psychological harm inflicted upon the applicant. The decision as to whether an asylum applicant suffered persecution is extremely fact-specific, and will be determined on a case-by-case basis by the adjudicator or judge. However, adjudicators will typically find certain types of abuse to constitute “persecution,” including serious physical harm, forced or coercive medical treatment, disproportionate punishment for a criminal offense or alleged criminal offense, severe discrimination, and extreme economic deprivation. Keep in mind, these types of abuse must have been on account of, or motivated by, the asylum applicant’s race, religion, nationality, membership in a particular social group, or political opinion. The most widely recognized form of persecution is the infliction of serious physical harm including confinement, kidnapping, torture, forced abortions, female genital mutilation, beatings, rape, and sexual assault.

Persecution does not generally include prosecution for a criminal offense. However, criminal prosecution in an applicant’s country of origin may constitute persecution, if the punishment is sufficiently or disproportionately serious, and the prosecution was motivated by the applicant’s race, religion, nationality, membership in a particular social group, or political opinion. This is particularly true where there is no legal basis for the prosecution, or where the law under which the applicant was prosecuted does not meet basic international human rights standards.

Persecution may exist from a single incident of threat or harm. However, when adjudicators consider whether an asylum applicant was persecuted, they will look at incidents cumulatively. Where a single incident may not rise to a level of severity to warrant a grant of asylum, several less severe incidents may constitute persecution if they are based upon a person’s race, religion, nationality, membership in a particular social group, or political opinion. An asylum applicant should never feel that he/she would not be eligible for asylum simply because he/she did not suffer a single severe attack or detention. Persecution comes in many forms, and courts and adjudicators will consider this when deciding whether the applicant should be granted asylum relief.

Regardless of a person’s actual race, religion, nationality, membership in a particular social group, or political opinion, persecution may exist where these characteristics were imputed upon the asylum applicant. One consideration for adjudicators when assessing an asylum claim will be the persecutor’s view of the asylum applicant. For example, if a person is arrested, beaten, and tortured for being affiliated with a religion or political movement, this person may be deemed to have suffered persecution even if he/she was not actually affiliated with this religion or political movement at all. The persecutor’s motives are an important consideration when presenting an asylum claim.

In asylum cases based upon a well-founded fear of future persecution, an asylum applicant is not necessarily required to show that he/she would be singled out individually for persecution, if there is a “pattern and practice” of persecution of people “similarly situated to the applicant.” This requires a showing of systematic persecution of these persons on account of race, religion, nationality, membership in a particular social group, or political opinion, and that this persecution is pervasive. The applicant must also demonstrate that he/she is a member of the group that is being systematically persecuted. However, this is a complicated and nuanced basis for asylum. An asylum applicant should consult with a qualified attorney to help navigate an asylum claim based upon a pattern and practice of persecution.

Even if a person is statutorily eligible for asylum, this relief may be granted only at the discretion of the judge or adjudicator. A judge will examine the totality of circumstances in an applicant’s case before granting asylum relief. Negative factors include: serious and repeated violations of immigration laws; severe and frequent criminal history; being untruthful with immigration officials; other evidence of bad character. Positive discretionary factors include: family, community, business, and employment ties to the U.S. and length of residence and property ownership; evidence of hardship if deported, including lack of family reunification; age; health; additional humanitarian factors; evidence of community service; and other evidence of good character.

The United States Congress has also enacted legislation providing numerous instances when a denial of asylum is mandatory. An asylum officer or immigration judge may not grant asylum in the following instances: 1) where an asylum applicant incited, assisted, or participated in the persecution of others; 2) where the applicant constitutes a danger to the community after having been convicted by a final judgment of a particularly serious crime in the U.S., such as an aggravated felony; 3) where an applicant committed a serious nonpolitical crime outside of the U.S.; 4) where there are reasonable grounds for regarding the applicant as a danger to the security of the U.S.; or 5) where the applicant is a terrorist or has engaged in terrorism; where the applicant has been firmly resettled in a third country prior to arriving in the U.S.

Applications for asylum, withholding of removal, and protection under the Convention Against Torture can be filed on the same Form I-589.
If you are considering applying for asylum, or would like to discuss your eligibility, please contact our firm before filing this application. The process of seeking asylum can be difficult and complicated, and can result in the applicant’s removal from the United States if not done properly. The experienced attorneys at Gavlin & Associates have helped thousands of applicants obtain political asylum. We look forward to putting our skills and years of legal immigration practice toward helping you navigate your way toward a successful grant of asylum.