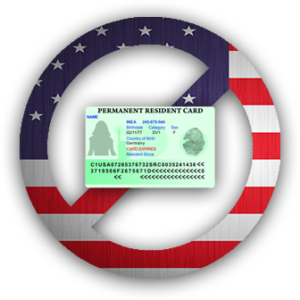 “Legal Immigration Family Equity Act” or “LIFE” Act and its Amendments made in year 2000 permits certain aliens who are physically present in the U.S. and under normal standards not eligible for adjustment of status in the U.S. to attain the status of Lawful Permanent Resident/ Green Card regardless of the fact that they have entered the U.S. illegally; have worked in the U.S. without a proper authorization for work document or have failed to continuously keep the lawful residential status since their entry into the U.S.

Section 245(i) of the LIFE Act allows certain aliens who have a petition for immigrant visa under consideration or petition approved and waiting for priority date for visa application etc., but couldn’t wait till clearance and entered the U.S. illegally without immigration inspection or have been in continuous violation of his residency status or have been working illegally; all of which makes him /her ineligible for adjustment of status application in the United States; to apply for adjustment of status while being in the U.S. itself, allowing them a temporary status of residency until his/her green card gets cleared.

Eligibility of S 245(i) adjustment of status under the Life Act goes under the following conditions:

Now we will put down the benefits of Section 245(i) of LIFE Act:
It gives some waivers and protections from removal proceedings for aliens who have applied for green card or visa under NACARA and HRIFA
Provides protection from removal and grants authorization to work for the spouses and children of applicants who come under late legalization provision.
The section of the LIFE Act permits the adjustment of status for certain aliens who come under the category of late legalization applicants.

The act grants a new temporary lawful residence and work permit status for the spouses of U.S. citizens who are awaiting an immigrant or labor visa or have well qualified petitions filed for the same.

Grants a new temporary visa for the children (under 18years of age ) and spouses of lawful permanent residents and are awaiting an immigrant visa.