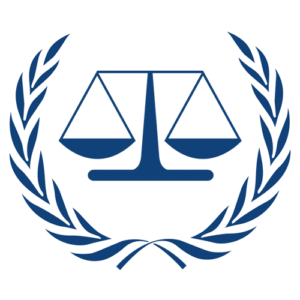 While asylum relief is a discretionary form of relief, withholding of removal is mandatory in instances where an applicant demonstrates that he/she meets the “clear probability” test and no bars to eligibility apply. A finding of past persecution results in a presumption that the applicant’s life or freedom would be threatened in the future, warranting a grant of withholding, assuming the past persecution took place in the country of origin.

There are grounds for disqualification for certain categories of individuals who might otherwise have had a valid claim for withholding of removal. In the following instances, deportation of an individual will not be withheld (withholding of removal will not be granted), despite the fact that the individual meets the “clear probability” test demonstrating that his/her life or freedom would likely be threatened:

Protection under Article 3 of the United Nations Convention Against Torture and Other Cruel, Inhuman or Degrading Treatment or Punishment (or “CAT” relief) may be submitted on the same I-589 application for asylum or withholding of removal. However, unlike asylum or withholding of removal, there is no formal application for CAT. Because there is no separate and distinct procedure explicitly established for seeking CAT relief, the I-589 responses demonstrating the applicant’s fear of torture constitute claims for CAT relief.

The Board of Immigration Appeals (“BIA”), the U.S. Department of Justice, and federal legislation have each contributed to the definition of “torture” that would warrant CAT relief. In Matter of J-E-, 23 I&N Dec. 291, 297-99 (BIA 2002), the BIA defined torture as an act that: 1) causes severe physical or mental pain or suffering that must be “an extreme form of cruel and inhuman treatment, and does not include lesser forms of mistreatment; 2) is “specifically intended” to inflict severe physical or mental pain or suffering (an act that results in unanticipated or unintended severity of pain or suffering does not constitute torture); 3) has an “illicit purpose” such as “obtaining information or a confession, punishment for a victim’s or another’s act, intimidating or coercing a victim or another or any discriminatory purpose”; 4) is an intentional governmental act, directed against a person in the offender’s custody or control (torture does not include negligent acts or acts committed by private individuals not acting on behalf of the government); and 5) “does not include pain or suffering arising only from, inherent in, or incidental to lawful sanctions” such as a judicially imposed death penalty. For relief under CAT, the torture must be by, under the direction of, or with the acquiescence of a government official, but need not be on account of a person’s race, religion, nationality, membership in a particular social group, or political opinion.

The burden of proof for CAT claims is similar the standard for withholding of removal. For CAT relief to be granted, the applicant must demonstrate that he/she is “more likely than not” to be subject to torture upon removal. CAT claims may be proven by the applicant’s own testimony without corroboration, only if the applicant is found to be a credible witness. Unlike claims of asylum or withholding of removal, there is no subjective fear component considered in a determination of CAT claim; rather the applicant must meet the burden of proof showing that objectively it is more likely than not he/she will be subjected to torture upon removal. In making a determination on whether a grant of CAT relief is warranted, the adjudicator must consider all evidence, including any evidence of past torture, evidence that the CAT applicant could not safely relocate to another part of his/her country of origin where he/she would not likely be tortured, any evidence of flagrant or mass human rights violations within the country of origin, and any other information providing evidence of current country conditions. Unlike asylum or withholding relief, there are no ineligibility bars to protection under CAT.

A grant of withholding under CAT allows the individual to obtain work authorization. However, unlike a grant of asylum, a grant of CAT relief does not provide a basis for adjustment to legal permanent resident status or eventual U.S. citizenship. CAT relief does not allow for derivative benefits for the person’s spouse or child.

Individuals who are ineligible for asylum relief may still be able to apply for withholding of removal and CAT relief. The attorneys at Gavlin & Associates have a successful history of obtaining results for individuals seeking these forms of relief. Contact our firm to schedule a consultation, so that we can assist you on the path toward legal status in the United States.